Singles qualifying resulted in taking the top 5 scratch scores into the scratch division, Dave Roberts, Andy Bernt, Ron Johnson, Henry Walters and Stan Moorehead. In match one Walters defeated Moorehead 151-138 then Johnson bested Henry 160-148 as well as Bernt 184-175 to face top qualifier Dave Roberts as Roberts rolled a 204 to 164 to capture the title.

The A division saw the unusual circumstance of the 6th place qualifier being brought forward as the Paul Cook had to withdraw before the roll off due to illness. That resulted in Webber defeating Rich Gabory 210-200 and advancing with a win over Terry Rock 222-214 before falling to Phillip Daniel 210-184 and Flip then defeated top qualifier Wally Farrington 207-191 in the final to win the A division title. Andy Bernt took Most Improved with an increase from the previous year of 258 pins. Congratulations all!

Wayne and the staff at Pin Chasers did a fine job providing an excellent venue with everyone being fed between qualifying sets and at a social on Saturday evening. Thanks to all who participated and made this a fun and memorable event, especially the out of state bowlers. Thank you Nancy for your expert scoring and boosting 50/50 funds with Kim Green and Pat Farrington. Thank you all!

Lastly thanks to PVA National represented by Allen Earl, FGCPVA represented by Davis Celestine and our other sponsors for their continuing support. Best of health to those who couldn’t make it and we hope to see more of you next year. 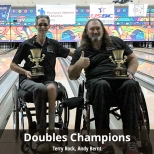 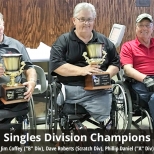 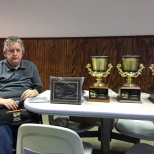 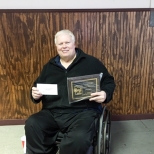 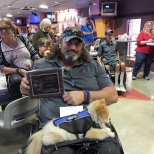 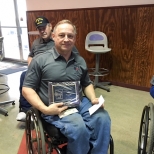 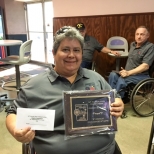 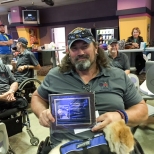 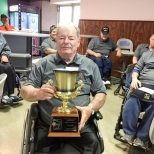 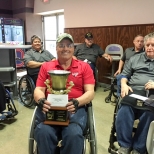 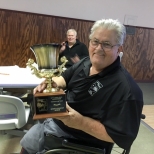