AWBA bowlers and their families gathered in Ft. Worth, Texas to participate in the 56th AWBA National Championships held at Cityview Lanes.  Bowlers came from all 4 corners of the United States to compete, renew friendships, develop new ones and all left with a feeling of accomplishment and great satisfaction.  The week began with the Board of Directors meeting where your board spent most of the day reviewing proposals and listening to two presentations which may directly benefit the AWBA and our members.  It was a day full of well thought out ideas to promote the AWBA.

Competition got started on Wednesday with the Pfister/Ramus Team Championship.  With 15 teams competing, the bowling was outstanding.  In the end, Henry Walters (GA) new member Mike Delgado (TX), and Kavin Monroe (OK) won the event with a 1815 pin count.  Wednesday afternoon the Tournament of Champions was held where 14 bowlers competed.  In the Handicap Division, Wayne Webber (FL) won and in the Scratch Division, Peter Arballo (CA) won.  It was enjoyable to watch the previous champions compete against one another.

Wednesday had many highlights beginning with Opening Ceremonies where we were honored to have the Color Guard from Shepherd Air Force base in Wichita Falls, Texas.  These young men and women were very impressive in the presentation of our nations colors.  Then the AWBA bowlers took to the lanes to begin singles competition.  The first two sets were a challenge as the lanes were difficult for some to read and adjust to.  With 8 new members of the AWBA competed this year, it was enjoyable to watch as they overcame nerves and the competition itself.  Wednesday evening, we returned to Billy Bob’s to a great social.  By popular demand, Byron Haynie return to entertain us with some great country music.  Thursday saw the continuing of Singles competition with the 3rd and 4th sets.  The lanes were much more favorable and some great scores were bowled.

The Nelson Welker Doubles competition was held of Friday under the newly adopted format using 3 games bowled plus the bowler’s handicap determining the winner.  At the end of competition, the Doubles National Champion is Eric Sanchez (TX), a new member of the AWBA and JT Terry (TX) bowling a total pin count of 1369.  Andy Bernt (FL) and Wayne Webber (FL) came in second.  Total pin separation between 1st and 4th was less than 100 pins.  Friday night was the up down and once again, the bowlers from the area supported the event in a big way.  Over 100 walking bowlers took part in a fun event.

Saturday saw the final set of Singles competition being conducted and the pin count in all divisions was very close.  In the “B” Division, roll off, Wes Harley was defeated by Keith Green.  Green then moved on to defeat Mike Delgado, 253-206.  Green continued his climb by outlasting Stephen Smith, 232-188.  Green now bowling for his 2 “B” Division National Title, ousted top qualifier JT Terry to claim the title.  In the “A” Division, Wayne Webber took on Johnnie Baylark and winning, 208-205.  Webber then took on Kenny Mumford and defeated Kenny, 224-189.  Then Webber took on Gary Ryan and proceeded to roll an all spare game against Ryan, winning 229-181.  Webber then took on top qualifier Brooks Martin, new member and first time at the Nationals for the title.  Martin outlasted Webber, 238-187 to capture his first “A” Division National Title.  Finally, in the Scratch Division, Peter Arballo took on Dave Roberts defeating Roberts, 169-153.  Arballo then took on Eddy Hutchens outlasting Hutchens, 200-184.  Staying on the move, Arballo hand Mr.300 Shawn Beam beating him, 169-162.  In the final match, Peter took on top qualifier George Holscher and winning 180-168 giving Peter his 2nd National Scratch Championship at the age a 79!!!  An AWBA record setting performance.

In closing, let me first thank my best friend Onie for all the hard work she did during the event and the months prior to the event.  She was a huge help in many areas.  Let me thank my very strong committee for a great job!!!!  Thanks to all our National Sponsors for without you, this would be difficult to do.  Thanks to the Boy Scouts and Girl Scouts for helping.  Thanks to City View Lanes and their great Staff.  Finally, thanks to all of you for coming.  It was an honor to be your tournament director. 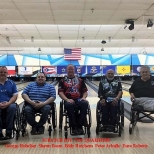 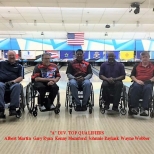 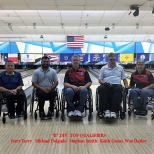 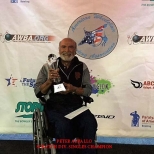 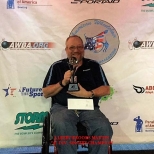 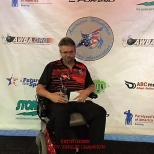 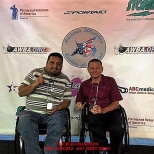 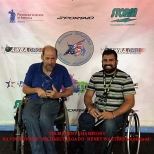 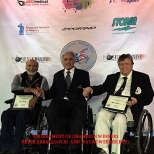 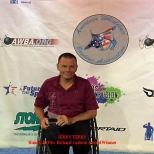 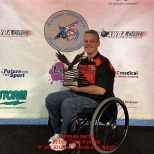 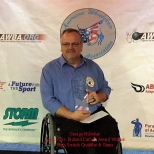 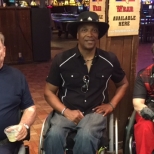 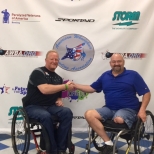 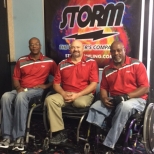 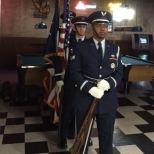 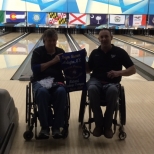 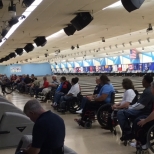 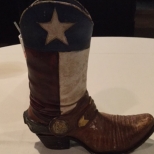 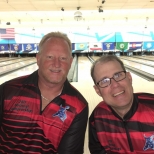