40 AWBA Bowlers from around the country gathered at Sunset Station at the Strike Zone for the 2018 Las Vegas Invitational and a great time was had by all. Opening Ceremony’s was held on Thursday and was followed by the opening two sets of Singles. While the lanes were challenging, which they always are in Vegas, they were more than fair to all. On Friday the Doubles took place and, in the end, Team Nelson (Dave and Jason) were the winners. Friday night the Up/Down was held and it was well attended. The winner was Jason Nelson and his team. It was a great night for both the AWBA and the Nevada PVA. Saturday and Sunday featured the final 3 sets of Singles along with the roll off. In the “B” Division, new AWBA member Jerry Padget defeated Dan Spotts, 220-219 for the championship. In the “A” Division, Jim Rice defeated Terry Stewart, 225-212 for 1st place. In the Scratch Division, 4th seed L.E. Curtis took on Top seed Dave Nelson (bowling his 1st tournament in scratch since returning right handed) and defeated him 179-166 to become the champion. Great Job Bowlers!

We would like to extend our thanks to the staff at Strike Zone and the Nevada PVA. We also want to express our thanks to Storm Bowling, ABC Medical, Logo Infusion, USBC, BPAA and Sport Aid for the great support of the sport of wheelchair bowling. Finally, to our family and friends who show up to cheer, support, and love us no matter how well we perform, we are eternally grateful for each one of you, and we couldn’t do this without you. So, until next year, Merry Christmas and all the best in the new year. 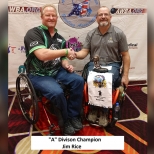 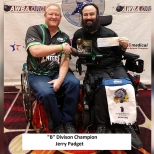 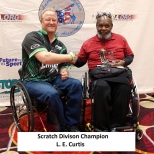 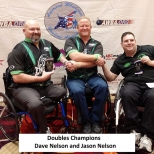 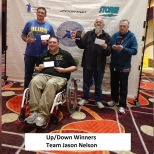 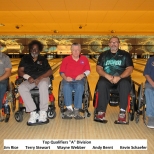 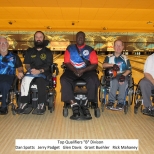 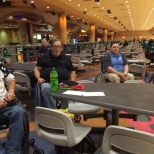 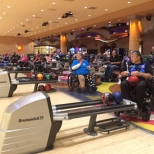 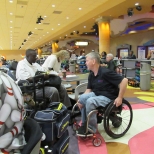 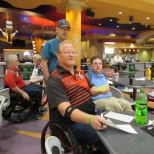 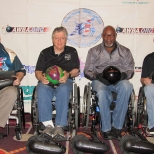 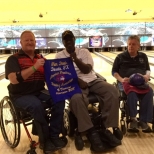 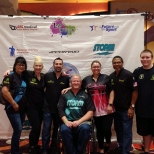 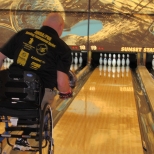 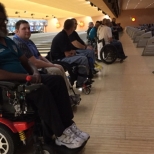 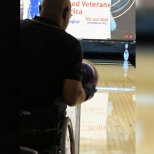