AWBA bowlers and their families from around the country gathered in Ft. Worth, Texas to participate in the 58th AWBA National Championships held at Cityview Lanes. Bowlers came from all 4 corners of the United States to compete, renew friendships, develop new ones and all left with a feeling of accomplishment and great satisfaction. The week began with the Board of Directors meeting where your board spent most of the day reviewing proposals and putting in place rule changes that will make the organization better.

Bowling competition got started on Wednesday with the Nelson Welker Doubles Championship. With 22 teams competing, the bowling was outstanding. In the end, mut and jeff otherwise known as Phillip Daniel and Smiley Wallace won the title with a pin count of 1267 in very close competition. The spread between 1st and 5th was 27 pins. The duo of David Nelson, Jr. and his partner Jason Nelson came in 2nd with a1260. Wednesday afternoon the Pfister/Ramus Team Championship was held where 11 teams competed. The Team of Mike Galloway, Rick Mahaney, and Gaba Diaz DeLeon won the team event with a total pin count of 1950. Closing out the day was the Al Uttecht Tournament of Champions where we had 10 past Singles Champions compete. In the Handicap Division, Dan Spotts won and in the Scratch Division, George Holscher won. It was enjoyable to watch the previous champions compete against one another. Wednesday night we held the social at Homewood Suites where we enjoyed music provide by Courtney Prater as she entertained us with some great music. We also celebrated the 50th Wedding Anniversary of Sue and Jimmy May. What a great couple to spend time with. The Mexican Fiesta was enjoyed by all that attended.

Thursday we were honor to have with us the Color Guard from the Lone Star Chapter of the PVA for the National Anthem. Then the AWBA bowlers took to the lanes to begin singles competition. The first two sets were a challenge as the lanes were difficult for some to read and adjust to. With 3 new members of the AWBA competing this year, it was enjoyable to watch as they overcame nerves and the competition itself. The house shot we faced for 4 days was more than fair and while it gave some a great deal of trouble, many great scores were bowled by all divisions. Friday saw the continuing of Singles competition with the 3rd and 4th sets. Friday night the up/down was once again, huge success with 34 teams and were join 9 members from the USBC. The Up/Down was won by David Nelson Jr. team with second place going to Rick Mahaney’s team. It was a fun filled night with lots of people having a wonderful time.

Saturday saw the final set of Singles competition being conducted and the pin count in all divisions was very close. In the “B” Division roll off, Mike Delgado defeated a new bowler, Dan Formernto. Delgado then moved on to face Dave McGinnes with Dave victorious. McGinnis took on New Member Bill Burns with Bill moving on to face High Qualifier Danial Connelly. Connelly was the winner, 262-226, winning his first National Title. In the “A” Division, Rick Mahaney took on Gary Poole with Mahaney outlasting Poole to take on Smiley Wallace. Mahaney once again prevail to take on Kenneth Reid bowling in his first Nationals in many years. Mahaney once again pre vailed to take on High Qualifier and 2008 “A” Division champ Gabe Diaz DeLeon. In the in Gabe won out to capture his 2nd National “A” Division title. Finally, in the Scratch Division, Shawn Beam took on AWBA Chairman Eddy Hutchens with Eddy coming out victorious. Eddy then face David Nelson with David beating Eddy. David then took on Jason Nelson with Jason showing David the door and ready to take on High Qualifier George Holscher. In the end Jason, competing in his second National, came out the winner and the 2019 National Scratch Champion. Congratulations goes out to all our winners in all categories. Saturday evening, we held the Awards Banquet at River Ranch Stockyards where we had a great meal and wonderful time with friends.

In closing, let me first thank my best friend Onie for all the hard work she did during the last 4 year and the months prior to the event. She was a huge help in many areas. A number of others stepped up and volunteer to assist in many areas. Kim Green, Florence Galloway, Cheryl Poole, Sue May, Lisa Herrera, you all are awesome. Let me thank my very strong committee for a great job!!!! Thanks to all our National Sponsors for without you, this would be difficult to do. A big shout out to Carolyn and Del Ballard for keeping their Pro shop open during the event. Thanks to Ken and Kathy Keegan of Logo Infusion for your great support. Thanks to the USBC and their support for many years, BPAA and Frank, thanks so much. ABC Medical and Sportaid, your awesome. Gary Hulsenberg, you’re the man and thanks to Storm!! Thanks to City View Lanes and their great Staff. Finally, thanks to all of you for coming. It has been an honor to serve as your tournament director the last 4 years. I hope you all have enjoyed each event and we appreciate your kind words over the last 4 years. Now prepare yourselves for Denver and the 59th AWBA National Championships. We look forward to seeing you as the AWBA continues to grow and support the sport of wheelchair bowling. See you in Denver next year! 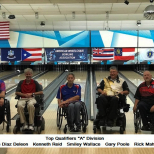 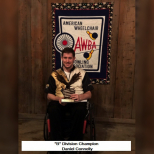 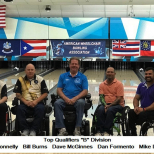 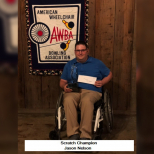 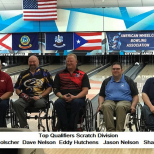 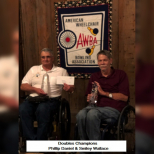 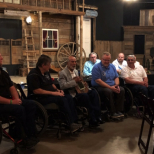 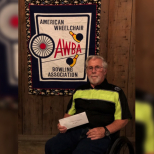 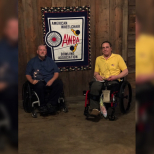 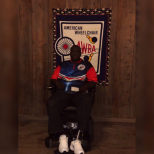 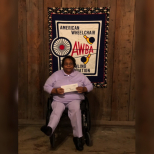 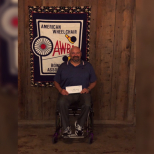 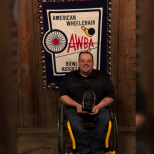 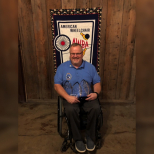 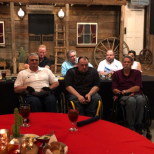 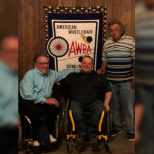