The AWBA along with the MSCPVA hosted the 15th year of this great tournament at King Pin Lanes in Colorado Springs.

This was the first venture for both organizations working together and the end results were well received by all. As usual,
the weather was beautiful and the bowling was well above average by most. Want to extend our thanks to Laura Gibson for representing the local chapter in the absence of an executive director in place for the chapter.

Friday began the Singles competition for titles in the Scratch and Handicap division. The bowling by most all was outstanding with many achieving their highest series in their career. Saturday, we continued the 3rd and 4th sets of bowling with a break in between to the two where we enjoyed a wonderful lunch prepared by Haliburton. We extend our thanks to them for providing the meal and being there for the last 15 years!!!! Saturday evening, we held the UP/DOWN and considering the short notice, it was a huge success.

The raffle and 50/50 were very successful and the items offered for raffle covered 5 tables. A big thanks to the MSCPVA Auxiliary for doing an outstanding job putting together everything and to Gary and Cheryl Poole for the items the were able to have donated. Lots of fun and fellowship was had Saturday night.

Sunday brought the 5 and final set of singles and once again, the bowling was outstanding by many. In the Handicap Division, the High Qualifier was Rick Mahaney and in Scratch, Eddy Hutchens. In the roll off in Handicap, Gary Poole met Dan Spotts in the first match. Dan ousted Gary to move on to face David Spotts, his brother. We believe that history was made as to our knowledge, two brothers have never faced one another in an AWBA roll off. In the end, older brother Dan outlast David and moved on to face Gary Ryan. Spotts took Ryan to the cleaners moving on to face top qualifier Rick Mahaney. Rick had bowled the entire event well above average and nothing changed in the finals, with Rick winning his first AWBA event. Congrats Rick. In the Scratch division, Doug Dalton took on Peter Arballo with Doug moving on to face John Budd. John outlasted Doug to face “Big Red” David Nelson. John got the best of David placing John in the finals against Eddy Hutchens. Eddy bowled an outstanding game and won the Scratch Division.

Once again, the AWBA and MSCPVA would like to extend our thanks to all the volunteers and sponsors that make these great tournaments possible. To the Auxiliary for an outstanding job. To Storm Bowling, Logo Infusion, ABC Medical, and the local sponsors for helping make the sport of wheelchair bowling a growing force around the country. We also want to thank Carol Doan, owner of King Pin Lanes for her wonderful support over the years!!!! The local PVA President committed to make the tournament next year bigger and better than ever. We look forward to returning next year to enjoy the great weather and great bowling. 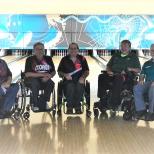 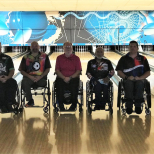 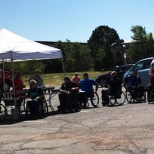 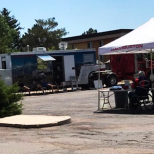 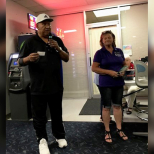 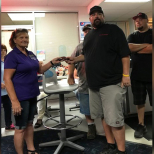 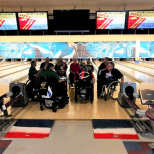