The AWBA returned to the site of the 2008 AWBA National Championships at Fountain Bowl for the 2014 Golden State Open sponsored by the California Wheelchair Bowling Association and the Cal Diego PVA.  The weather was non typical of Southern California as the temperatures rose to the mid 90’s each day and the humidity was right there with it.  And while the turnout was small, it did not stop the bowlers from putting on a great show over the 3 day period.

The event started  Friday morning with Doubles competition with 7 teams seeking the title.  In the end, 4 teams advanced to the roll off with Walt Roy and Eddy Hutchens defeating Merv Kaya and Christie Rudder and Toddie Perry and Gary Ryan defeating Paul Cook and Kevin Schaefer to advance to the finals.  In the end, Perry and Ryan defeated Roy and Hutchens for the Golden State Doubles Title.

Friday night we welcomed a number of local bowlers to participate in the Up/Down event.  It was a fun night with a number of great bowlers joining those in wheelchairs.  Great raffle items were brought by Linda Schneider and Helena Roy that added to the fun and always helps with offsetting the cost of the tournament.  The event was won by Merv Kaya, Mark Salas, and Eddie Perez.

Saturday began the Singles competition with 16 bowlers competing for the “A” and “B” Titles.  While the lanes were difficult, they were more than fair to all.  In the “B” Division, Christie Rudder defeated Stacy Clowers, Rudder was then defeated by Grant Buelher, Buelher then defeated Paul Cook to advance to the Title game against Toodie Perry.  In the end, Toodie defeat Grant for the “B” Division Championship.  In “A” Division, Harvey Clowers defeated Al Uttecht, Clowers then defeated Walt Roy, Clowers was then defeated by Merv Kaya advancing Kaya to the Title game against Eddy Hutchens.  In the end, Hutchens defeated Kaya for the “A” Division Championship.  Each Division had great matches between those that bowled.  Other bowlers that attended the event but did not place in Doubles or Singles were Russell Serr, Oliver Magbanua, Van Schneider, and Mike Fattaruso.

We would like to express our thanks to Fountain Bowl for welcoming us once again to their center and preparing a great lunch for all the bowlers that attended.  We want to thank Barry Asher and his staff for assisting those that needed help with equipment during the 3 days.  A big thanks goes out to Linda and Pam Pratt for scoring the event.  It was their first time to do so and they did a wonderful job.  In addition, thanks to our National Sponsors, Storm Bowling, the CalDiego PVA, the USBC and others that assisted in offsetting the cost of this event.  And to the bowlers that attended.  In the end, it is not the quantity but the quality of an event and the friendship shared by those that attend.  We will be returning to Fountain Bowl again next year and are hopeful that many of you that could not attend this year plan on doing so next year. 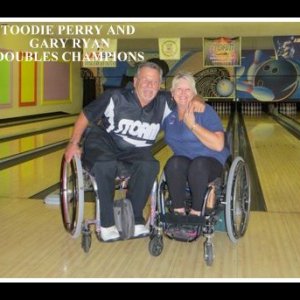 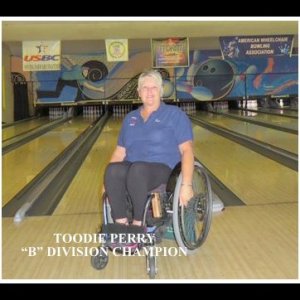 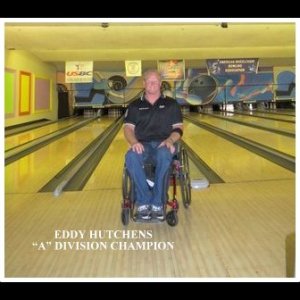