The 12th Annual MSCPVA Invitational was recently held in Colorado Springs at King Pin Lanes. It was attended by 25 bowlers from around the country. The weather was beautiful and the bowling was outstanding as many bowlers exceeded their average during the competition. The staff at King Pin Lanes were once again very accommodating as they hosted this event for the 11th time in 12 years.

The Singles competition got underway on Thursday with all bowlers competing in one division. The first 2 sets went without a hitch. Doubles competition took place on Friday under a USBC format of three games. Rather than cut to a certain number of teams after the first 3 games, the winners were simply recognized on the cumulative series of the three games bowled of each team. In the end, Scott Miller, Colorado, and Gil Herrera, Oklahoma won the doubles followed by John Budd, Indiana, and Kevin Schaefer, California taking Second. Friday night saw a packed house for he Up/Down Event. With wonderful support from the local community, this event is always full with lots of fun and some great bowling. One individual bowled a 900 series, and there were many 300 games bowled as well.

Singles competition resumed on Saturday. Two sets of singles were contested, separated by lunch break in between. The highlight of Saturday in Colorado Springs is without question, the Haliburton 18 wheeler rolling in and firing up the pits for a wonderful steak lunch, with all the trimmings. A big thanks to Haliburton that supports this great event. Sunday was the final day of singles competition and the bowling was well above average. In the end, the top 5 qualifying scratch bowlers were selected to move into the roll-offs for the Scratch Division. Then, the top five handicap bowlers remaining, moved in to the Handicap Division roll-offs. Mark Shepherd was the top qualifier in the Scratch Division. Gil Herrera lead the Handicap Division.

In the Scratch Division, Peter Arballo (5) faced Walt Roy (4) with Roy prevailing, 234-159. Walt then faced Curt Wolff (3), our first ramp bowler to make a Scratch Roll off, with Roy once again prevailing, 205-153. Roy then face Shawn Beam (2) with Roy outlasting Beam, 193-173. Walt then took on Mark Shepherd for the Scratch Championship. Shepherd won the Scratch Division outlasting Roy, 171-159. In the Handicap Division, Nelson Samsel (5) took on Rich Guerrero (4) with Nelson winning, 190-171. Samsel then took on David Nelson (3) with David Nelson prevailing 253-204. David then faced Gary Ryan (2) with Ryan moving on, 244-213. Ryan then faced high qualifier Gil Herrera. Herrera took the Handicap Division Championship, 214-205. Under the format bowled, 3 “B” Division bowlers were in the top 5 in the Handicap division. At the awards presentation, the prestigious “Horse’s Ass” award was won by Eddy Hutchins and he proudly kissed the horse in the appropriate place! Other individual awards went to Shawn Beam for High Scratch and Handicap games, Scott Miller for High Handicap Series, Mark Shepherd for High Scratch Series and Gary Ryan for a 4-7-10 conversion.

Finally, we would like to extend out thanks to the MSCPVA Auxiliary and the many volunteers that helped with the raffle, 50/50, and whatever was needed during the week. We would also like to thank our sponsors: Storm, National PVA, Logo Infusion, ABC Medical, USBC, BPAA, Haliburton and many others for their continued support of this event. Without each of you, this event would not continue. And finally, a great thanks to Patty Shepherd who did all the scoring for the event for the first time. We thank you very much for all your hard work. 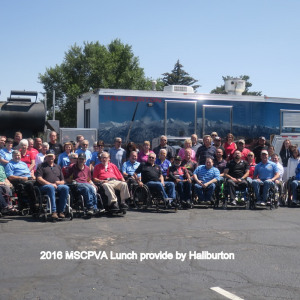 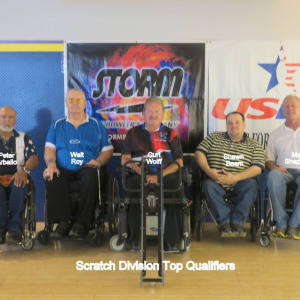 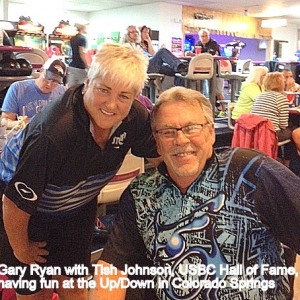 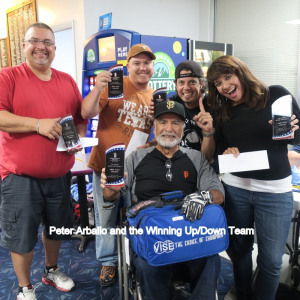 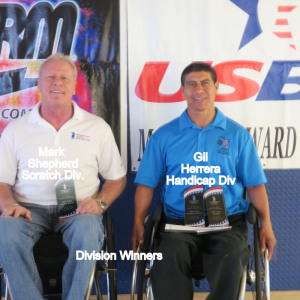 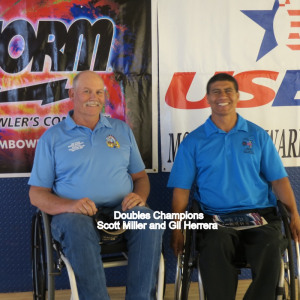