The MAPVA / AWBA 4th Annual Bowling Tournament was held September 13th-15th 2019, at Short Pump Bowl America. With 25 bowlers from 9 different states participating, we started Friday with 20 teams in the doubles, heading to the championship where Brooks Martin and Dave McGinnis won that event.

Friday night we hosted the “Up and Down” with Friday the 13th as the theme, encouraging attendees to dress up in costumes. Anne Heath won best costume as a clown. There were 16 teams competing and the winning team was Brooks Martin, Perry Wilson, and Steve Lickliter.
2nd place was Dave McGinnis, Cynthiana McDowell, and Teresa Brown.

Saturday morning we started with a healthy breakfast and with a full stomach we headed to the lanes to start the singles competition. As always, Short Pump Bowl American lanes were challenging.

The Silent Partner was won by Wayne and Frank

On Saturday we held a bowling clinic with 8 participants coming from the McGuire VA Hospital to encourage new people to become involved in wheelchair sports.

The Mid -Atlantic chapter and A.W.B.A. would like to thank everyone who participated in the 4th annual tournament as well as their families, sponsors and supporters that help make this event a success, thank you! Thank you to the National PVA and Keith Cooper for attending. And thanks also to the Mid-Atlantic Chapter, Storm Bowling, ABC Medical, The USBC, Logo Infusion, and Bowl America for their hard work and support towards this event. We also wish to thank the Bowl America team that provided our breakfast and lunches. Thank you as well to Sami, Belinda, Sue and Evelyn for working the check-in table and selling 50/50 and raffle tickets.

It was great to see all the return participants again this year and great to meet a few new attendees. We hope to see you all back again next year for the 5th Annual MAPVA / AWBA Tournament. 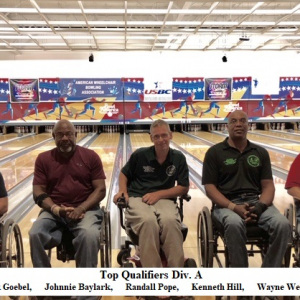 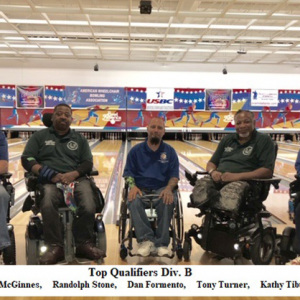 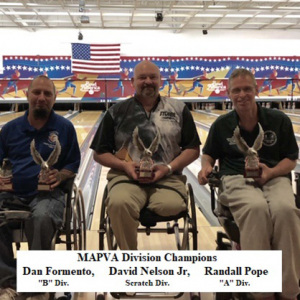 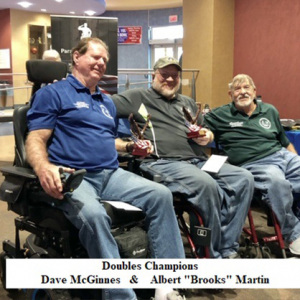 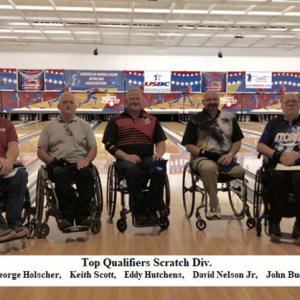 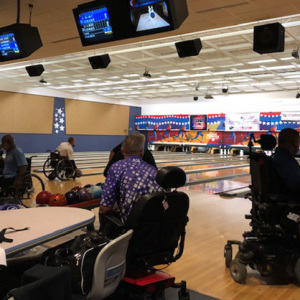 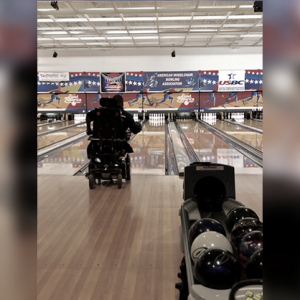 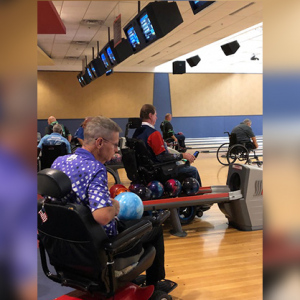 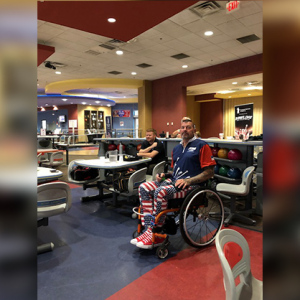 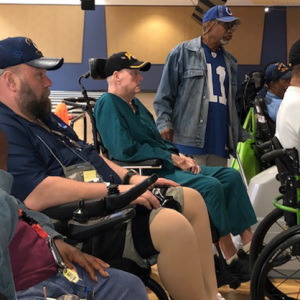 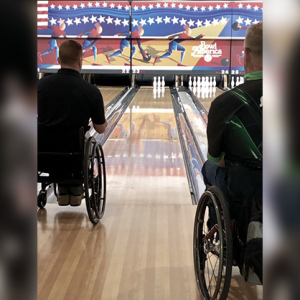 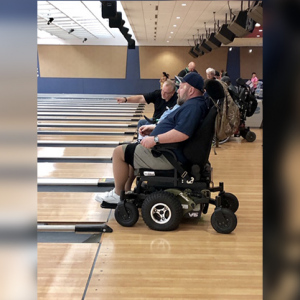